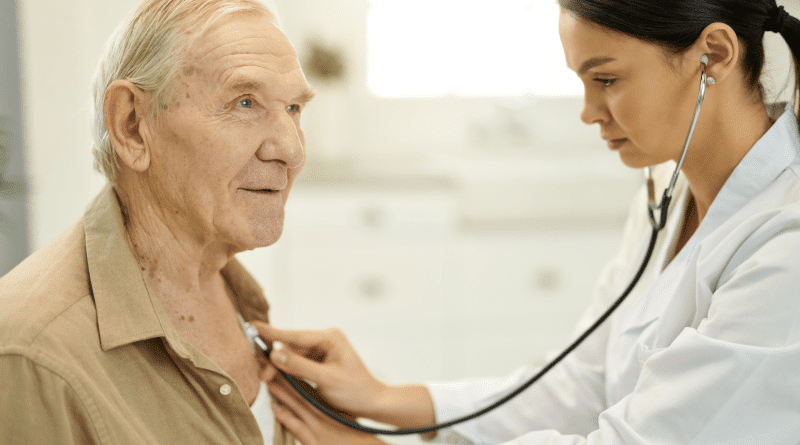 Chronic obstructive pulmonary disease (COPD) is a respiratory disease that affects the lungs and makes it difficult for individuals to breathe normally. COPD refers to a group of lung diseases, the main diseases being emphysema and chronic bronchitis. It is a long-term condition that negatively affects the patient’s health and daily life.

This disease mainly occurs due to exposure to cigarette smoke and other harmful gases and particles. While for a long time it was believed that men, especially men over 40, were more susceptible to COPD, women are increasingly diagnosed with the disease as well. Even though chronic obstructive pulmonary disease is a very common disease among the world population, many people are not yet aware of the severity of the situation.  In this article, we will explain more about what COPD is and how it is treated.

How Does It Affect Your Lungs?

Chronic obstructive pulmonary disease (COPD) narrows the airways and damages the lungs permanently. When we breathe in, air moves via branching airways that get progressively smaller until they end up in tiny air sacs. These air sacs (alveoli) allow carbon dioxide to exit and oxygen to enter the circulation. In COPD, inflammation over time causes permanent damage to the airways and air sacs of the lungs. The airways get inflamed, swollen, and fill with mucus, which restricts airflow. The air sacs lose their structure and sponginess, so they can’t fill and empty as easily, making the carbon dioxide and oxygen exchange difficult. This results in the symptoms such as breathlessness, wheezing, coughing, and phlegm.

What Are the Symptoms of COPD?

During the earlier stages of COPD, the symptoms of the condition might resemble a regular cold. The person might feel short of breath after light exercise, cough throughout the day, and need to clean their throat often.

As the disease progresses, the symptoms become more noticeable. Below is a list of common symptoms of COPD:

As the disease appears with mild symptoms in the beginning, many people tend to dismiss it at first. If the patient does not receive treatment in a timely manner, the symptoms increasingly worsen and affect the person’s quality of life. If you observe several of the mentioned symptoms, smoke regularly, and are over 35 years old, you might consider the possibility of having COPD.

What Causes COPD? Who is at risk?

Although sometimes people who have never smoked are affected by it, the most common cause behind COPD is the history of smoking. Smokers are diagnosed with COPD approximately 20% more than non-smokers. As smoking gradually damages the lungs, the longer the history of smoking the more the risk of developing this condition. There are no safe smoked tobacco products including cigarettes, pipes, and e-cigarettes. Secondhand smoking may also cause COPD.

Bad air quality may also lead to the development of COPD. Being exposed to harmful gases, fumes, and particles in poorly ventilated places can lead to an increased risk of COPD.

In only a small percentage of COPD patients, the condition is related to a genetic disorder that leads to a deficiency in a protein called alpha-1-antitrypsin (AAt).

How is COPD Diagnosed?

Because the disease resembles other less serious conditions such as the cold in its onset, it is commonly misdiagnosed and many people do not realize that they have COPD until their symptoms are severe. If you are considering the possibility of having COPD, you can visit your doctor to receive a diagnosis. There are several ways to diagnose COPD. Diagnostic tests, a physical examination, and symptoms all contribute to the diagnosis.

To diagnose your condition, you will be asked about your symptoms, your personal and family medical history, and whether or not you have been exposed to lung damage such as smoking or any long-term exposure to harmful gases.

Then, your doctor may order several tests to diagnose your condition. With these tests, it will be possible to accurately diagnose whether you have COPD or another condition. These might include:

One of the most common lung function tests is called a simple test called spirometry. During this test, the patient is asked to breathe into a machine called the spirometer. This process measures to functioning and breathing capacity of your lungs.

What Are the Stages of COPD?

The symptoms of the early stage COPD are very similar to flu and might be misdiagnosed. Shortness of breath and a persistent cough, which may be accompanied by mucus are the main symptoms experienced in this stage.

As the disease develops the symptoms experienced in the early stage intensify and become more noticeable in the daily life of the patient. Breathing difficulties increase and the patient might start to have breathing problems even after mild physical exercise. Other symptoms such as wheezing, lethargy, and trouble sleeping begin.

The damage to the lungs becomes significant and they cannot function normally. The walls of the air sacs in the lungs continue to weaken. It becomes more difficult to take in oxygen and remove carbon dioxide while exhaling. It becomes more difficult to breathe in oxygen and exhale carbon dioxide. All other previous symptoms continue to worsen and more frequent. New symptoms such as tightness in the chest, extreme fatigue, and more frequent chest infections might be observed. In Stage 3, you might experience sudden flare-up periods when the symptoms abruptly worsen.

Stage 4 COPD is considered very severe. All previous symptoms continue to worsen and flare-ups are more frequent. The lungs cannot function properly and the lung capacity is approximately 30% less than normal. The patients struggle with breathing even when they are doing everyday activities. During stage 4 COPD, hospitalizations for breathing difficulties, lung infections, or respiratory failure are frequent, and abrupt flare-ups can be fatal.

Can COPD Be Treated?

You will most certainly have a lot of questions after receiving a diagnosis of chronic obstructive pulmonary disease (COPD). People with COPD do not all experience the same symptoms, and each person may require a different course of treatment. It is crucial to discuss your treatment options with your doctor and to ask any questions you may have.

Once you are diagnosed with COPD, your doctor will guide you to a suitable treatment according to your symptoms and the stage of your condition.

COPD Ballon Treatment is a revolutionary method of treating chronic obstructive pulmonary disease. The operation includes the mechanical cleaning of each blocked bronchi with the help of a special device. After the bronchi are cleaned and regain their healthy function, the patient can breathe with more ease. This operation is available in only a few specialized hospitals and clinics. As CureBooking, we are working with some of these successful facilities.

To learn more about COPD Ballon Treatment, you can contact us for free consultation.