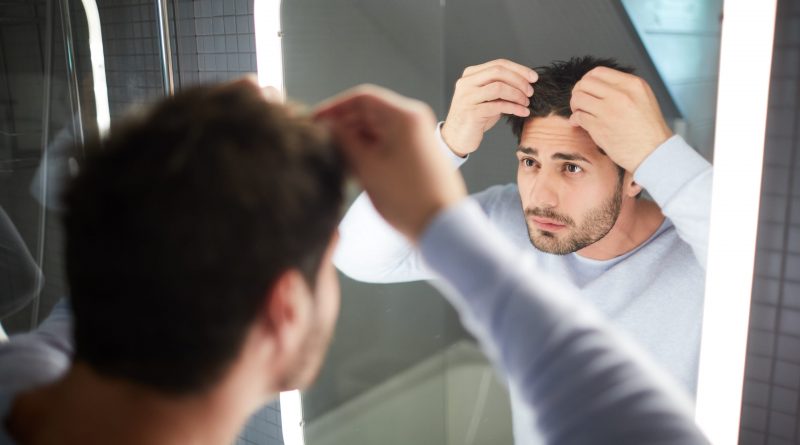 Hair loss can manifest itself in a variety of ways in both men and women. As a result, therapies differ depending on the demands of each patient. Hair transplantation is one of the procedures that may be tailored to the individual, especially when it comes to male and female hair loss. Here’s how the men’s and women’s hair loss is different.

Androgenetic alopecia is a genetic hair loss disorder that affects both men and women. Although the motives are identical, the process takes a distinct path.

Increased sensitivity to male sex hormones causes hair loss in both men and women. When testosterone interacts with a certain enzyme, it transforms into dihydrotestosterone, or DHT, which is also present in females in small levels. Even while DHT is considered to have particularly favorable effects on other sections of the body, it is the cause of male pattern hair loss.

Androgenetic hair loss in both men and women

Men and women differ in the pattern in which their hair loss progresses. The hairline on the front of a man’s head begins to recede. It thins and recedes towards the center of the skull, producing an inverted M or a U. Hair loss in women occurs in the middle of the hairline and progresses outwards.

A significant feature that separates male and female pattern baldness is the manner in which hair loss progresses. It begins above the temples when the hairline recedes, eventually forming a “M” shape in men.

The hair on the top of the head thins out as well, leading to baldness. Androgenetic hair loss in women starts with progressive thinning at the part line, then progresses to widespread hair loss radiating from the top of the head. Women seldom have a receding frontal hairline, and they also rarely go bald.

Other factors that your surgeon must evaluate include whether you are financially and psychologically prepared for surgery.

Before a hair transplant for men, they will first assess if the hair loss has progressed to the point of no return. There is no set age at which hair loss ceases. The amount and pace of hair thinning are determined by a variety of factors (e.g., nutrition, environment, and overall health). When and how much hair a guy loses is also determined by genetics.

Hair loss may still develop if a patient jumps the gun and has hair surgery too soon. As a result, a man’s hairline may be restored but he may eventually be left with a bald center.

Hair loss drugs that were taken before the operation would be continued thereafter. This is done to prevent hair loss from worsening or to completely stop it.

The Procedure of Man Hair Transplant

Because the back of the head is frequently untouched by the illness, a male hair transplant is performed by extracting donor grafts from this area. There are two methods for performing this: FUT (Follicular Unit Transplantation) and FUE (Follicular Unit Extraction). FUT, often known as the “strip procedure,” entails removing a section of the scalp containing the donor graft. This is more intrusive, but because it is less damaging to individual hair follicles, it promises a higher yield. FUE, on the other hand, is a more recent method that uses a punch-like equipment to extract individual grafts from the scalp.

Many males may be good candidates for hair transplantation, but this isn’t always the case with women. Men’s donor regions are located in the back of the head, as previously stated. It’s referred to as a “stable site,” which implies it’s not influenced by DHT. The same regions are generally unstable in female pattern baldness. These parts are thinning as well, exactly like the rest of the skull.

As a result, removing hair from certain locations and transplanting it to thinning places will result in hair loss. Any surgeon who tries to transplant hair from an unstable spot is acting unethically and exploiting the patient.

What is the purpose of female hair transplant treatment?

Females’ frontal hairlines, unlike men’s, are untouched by hair loss because it occurs in a more widespread manner. For this group, hair transplants are used to restore volume to the top and rear of the head, rather than framing the face. Although some clinics favor the strip approach, FUE is frequently the treatment of choice for such instances.

Who is a good candidate for hair transplant surgery (Women)?

A hair transplant is not for everyone. Patients must be fully evaluated by a surgeon to see if this treatment is appropriate for them. Among the female candidates for hair transplant who might be considered are:

Females have hair thinning and require more hair transplants to fully cover the thinning region. The FUT procedure allows for a greater number of grafts to be harvested, making it a favored method.

Is there any cost difference between male and female hair transplants?

Because female hair transplants do not require shaving, the operation becomes more difficult and technique-dependent. The recipient site’s micro slits are prepared before the follicular units are implanted. When transplanting hair grafts, utmost caution should be exercised to avoid damaging existing hair follicles.

Are there any Male and Female Hair Transplant Success Rate Differences?

The kind, shape, and qualities of your hair may also influence the outcome of a hair restoration process. Afro hair transplants, for example, take a little longer and require a bit more attention to obtain the same effective outcomes.

For persons with thick, curly hair, a lesser number of grafts transplanted from the donor location is likely to provide better coverage. However, this does not rule out the possibility of a successful transplant for people with thin hair. What constitutes a successful surgery, on the other hand, varies according to the type of hair you have.

Success rates of hair transplant may also change according to other factors such as the type of the procedure, clinic and doctor quality, and post treatment care. Because of its less invasive nature and the lack of visible scars, FUE is commonly regarded as the most popular procedure. FUE success rates are also often quite high for these reasons. However, because of new innovations such as the use of sapphire and diamond blades for transplanting surgery, FUE is becoming more successful.

This isn’t to say that treatments like DHI and FUT have a poor success rate. DHI has the potential to outperform FUE in terms of effectiveness. Hair follicles may be transplanted straight into the recipient region, rather than being left to one side while the channels are being created, because the channel creation process is not required with DHI. This lowers the likelihood of their being lost or destroyed before transplantation.

You may contact us to get a personalized quote. We kindly ask you to take photos of your head and hair from different angles so that we can provide you with the best hair transplant in Turkey.