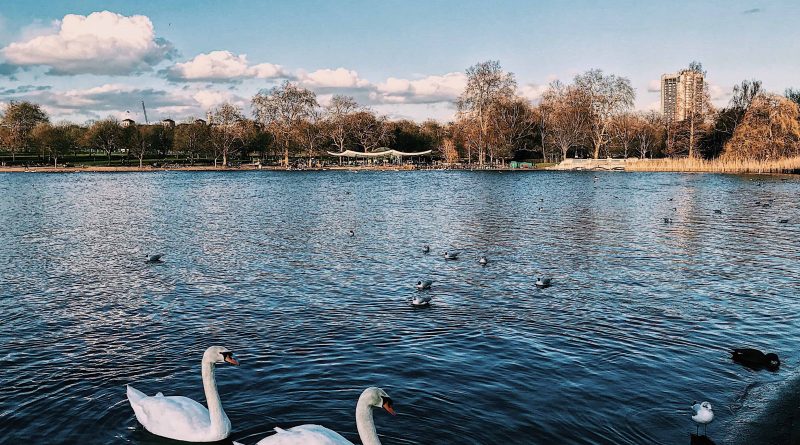 Worth Seeing places When You Visit London

It is no surprise that London is the most visited city in Europe. It attracts more than 27 million visitors every year. The ancient center of London is the City of London, but it is actually the smallest city in England. It is home to almost 9 million residents and it is very huge, with an area equivalent to 607 square miles or 1572 square kilometers.

London has something for everyone, no matter the reason for visiting. The city is famous for its history, food, shoppings, magnificent ancient buildings and museums that it is impossible for you to get bored of. It is known for its expensiveness among the other cities but of course, there are also other things you can do there for free.

It is one of the famous parks and it is actually one of the largest. The park is home to many historical features.  If you want to get away from the city’s noise and crowd, you can visit Hyde Park for relaxing. It has foot and bike paths. You will see things that are worth exploring. You can prefer to do paddle-boating that glides over the Serpentine Lake (or rent for yourself) or walk through Kensington Gardens where you’ll find the ornate Albert Memorial, the Italian Gardens and the Diana, Princess of Wales Memorial Playground.

Visitors agree that anywhere else in the world, the calm atmosphere of Kensington Gardens is unparalleled, and that no matter the weather, they are stunning. Every week, meetings, demonstrations, and artists and musicians still occupy the park’s iconic Speaker’s Corner

And the park is FREE to all visitors opening at 5 a.m. to midnight.

Westminster, home to the Houses of Parliament and the world-famous Big Ben, is considered the political center of London. The name of the bell located within the famous clock tower is Big Ben, and it still bells each hour. The Abbey is open to the public almost every day. Make sure to rest your foot in Parliament Square, which includes statues of significant political people, including Nelson Mandela and Winston Churchill, when visiting these landmarks.

This cathedral, crowned with many royal marriages and coronations, gives a beautiful snapshot into the far-reaching past of London. Although most travelers believe that Westminster Abbey is a must-see destination, some argue about the high price of admission and crushing crowds.

Westminster Abbey is usually open to visitors Monday through Saturday from 9:30 a.m. to 3:30 p.m but you should check their plan in case for any closings. Keep in mind that it costs 22 pounds (about $30) for adults.

It is a cultural neighborhood in North London that is well known. Camden has a thriving culture of body mods, and in this part of town you can find a variety of piercing and tattoo shops.

Camden Market is diverse and multicultural, with street food from international cuisines, and plenty of vendors selling trinkets to take home and original artwork. In reality, there are several markets in the neighborhood of Camden. You can find furniture, dresses, T-shirts, vintage home decor, leather goods, stalls of food, ethnic cuisine, fashion and souvenirs.

Although it is very easy to get lost in the crowd, visitors believe that it is also really exciting. The huge crowds emerging over the weekend were the only concern travelers had. Try going during the week if you don’t want to be shopping in crowds.

Without visiting the London Eye, the trip is not complete. The Eye is a massive ferris wheel originally designed to mark the millennium, providing spectacular views around the capital. It is located on the River Thames and provides fantastic views of Parliament and Buckingham Palace, especially.

The wheels are the highlight of the annual New Year’s fireworks show in London. They are brightened in festive colors at night. You can get in your own pods with other visitors or someone special. Slowly, it turns around, and gives an unforgettable bird’s-eye view of the South Bank of London. Turning off the wheel takes more than 30 minutes. However, if you have fear of height, you should be aware that it is more than 400 feet high.

The standard admission for the adults cost 27 pounds ($36). Some find it expensive but it is one of the must see places. Also, be aware that the opening hours may vary on season.

Piccadilly Circus is a square loaded with flashing lights and huge electronic displays. Since the 17th century, when it was a trading centre, Piccadilly Circus has been a busy London spot. In the middle of the circus, the Statue of Eros is itself a popular meeting point and cultural centre. It has an Access to London’s biggest theaters, nightclubs, shoppings and restaurants.

Piccadilly Circus is where five busy roads cross and is the hub of the busyness of London. Some recommend you should visit Piccadilly at night for the best atmosphere. As some travelers predicted, Piccadilly Circus is not an actual circus; instead, the term refers to the circus from which a couple of main roads were spoken.

An access to the circus is FREE. And it is one of the spots of several tours in London.

With too many galleries to visit, London is a perfect city for art lovers, offering the latest of classical and modern art. Any of the city’s galleries, including the National Museum in Trafalgar Square, are open for tourists. With paintings by da Vinci, Turner, van Gogh and Rembrandt on view, the National Gallery has plenty for all. The museum exhibits works from the 13th to 19th centuries in the Western European tradition. People suggest that one day will not be enough for your journey to the National Gallery. Visitors can get in for FREE where it welcomes tourists between 10 a.m. to 6 p.m.

You can visit Tate Modern on the Southbank for prolific contemporary art. The building itself is a piece of art.  You can find pieces by Picasso, Klee and Delauney inside the building. The gallery also contains exciting temporary exhibitions that make it the perfect location for an art fix.